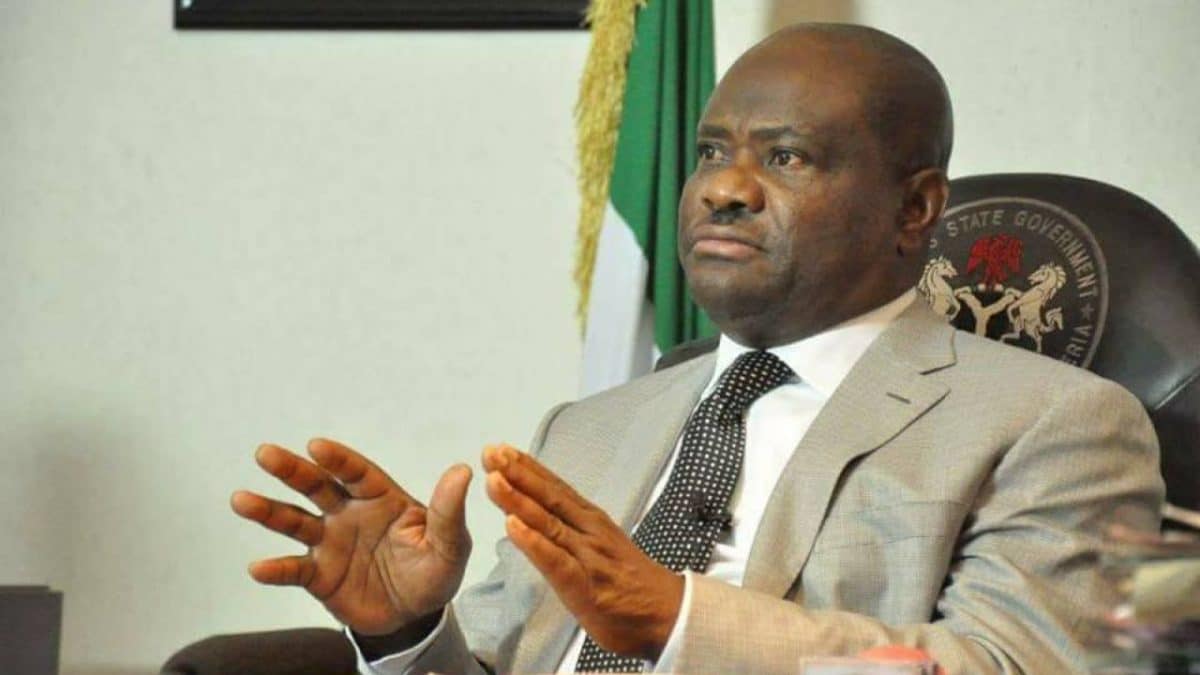 Rivers State Governor, Nyesom Wike, has flayed a report linking him to negative comments against a former Governor of Lagos State, Asiwaju Ahmed Bola Tinubu ahead of the 2023 Presidential Election.

Wike in a statement signed by his Special Assistant, Media, Kelvin Ebiri, described the report contained in the Guardian and written by Emmanuel Ande “as preposterous, fabricated, malicious and intended to inflame relationship between Governor Wike and Asiwaju Tinubu, whom the Rivers Chief Executive holds in high esteem”.

The statement said: “The attention of the Governor of Rivers State, Nyesom Ezenwo Wike, has been drawn to false assertions attributed to him in an article written in The Guardian by Emmanuel Ande on February 5, 2021, titled: ‘Tinubu cannot see presidency gate in 2023, says Wike’

“We wish to affirm that it is true that Governor Wike was in Yola, the capital of Adamawa State on February 4, to inspect some projects being executed by Governor Ahmadu Umaru Fintiri. And while inspecting the Greater Interchange and Underpass in Yola , some journalists requested for an interview which he graciously obliged them.

“The questions asked ranged from the purpose of his visit; the prospects of the Peoples Democratic Party winning the 2023 general election and Nigeria’s rating in the global corruption index recently published by Transparency International.

“At no time during the interview session that lasted about five minutes did Governor Wike mention the names of Tinubu and the APC’s former national chairman, Adams Oshiomhole, or even alluded to them.

“We wish to state without equivocation, that irrespective of political affiliation, Governor Wike has enormous respect for Asiwaju Tinubu and will never say or do anything to malign the hard earned reputation of the elder statesman. The report by Mr Ande is mischievous and aimed to discredit The Guardian.

“It is our belief that the reporter is probably acting as hireling of some treacherous political actors, who often capitalise on the susceptibility of some journalists to manipulate them to publish misleading or factually incorrect information for political purposes. We dare the reporter to provide any evidence to prove the veracity of his fabricated report.”