The 68-year old leader of the Borno state hunters as well as the chief state negotiator, Mr Abdulkareem Umar, popularly known and acknowledged as Baba Maigiwa, has been executed by the Boko Haram splinter group, the Islamic State in West Africa Province (ISWAP).

Security sources said the respected great hunter was killed on July 27, 2020, under the directive of ISIS core – Modu Solum – the former firewood seller, who is said to have carried out the execution himself.

A Counter Terrorism expert, Mr. David Otto, who confirmed this in a tweet on Thursday, said that “several sources confirmed the ISWAP faction of Modu Solum executed thé Gréât Hunter of Borno State, Baba Maigiwa on or before the 28th July 2020 in a remote location in the Tunbums of Lake Chad”. 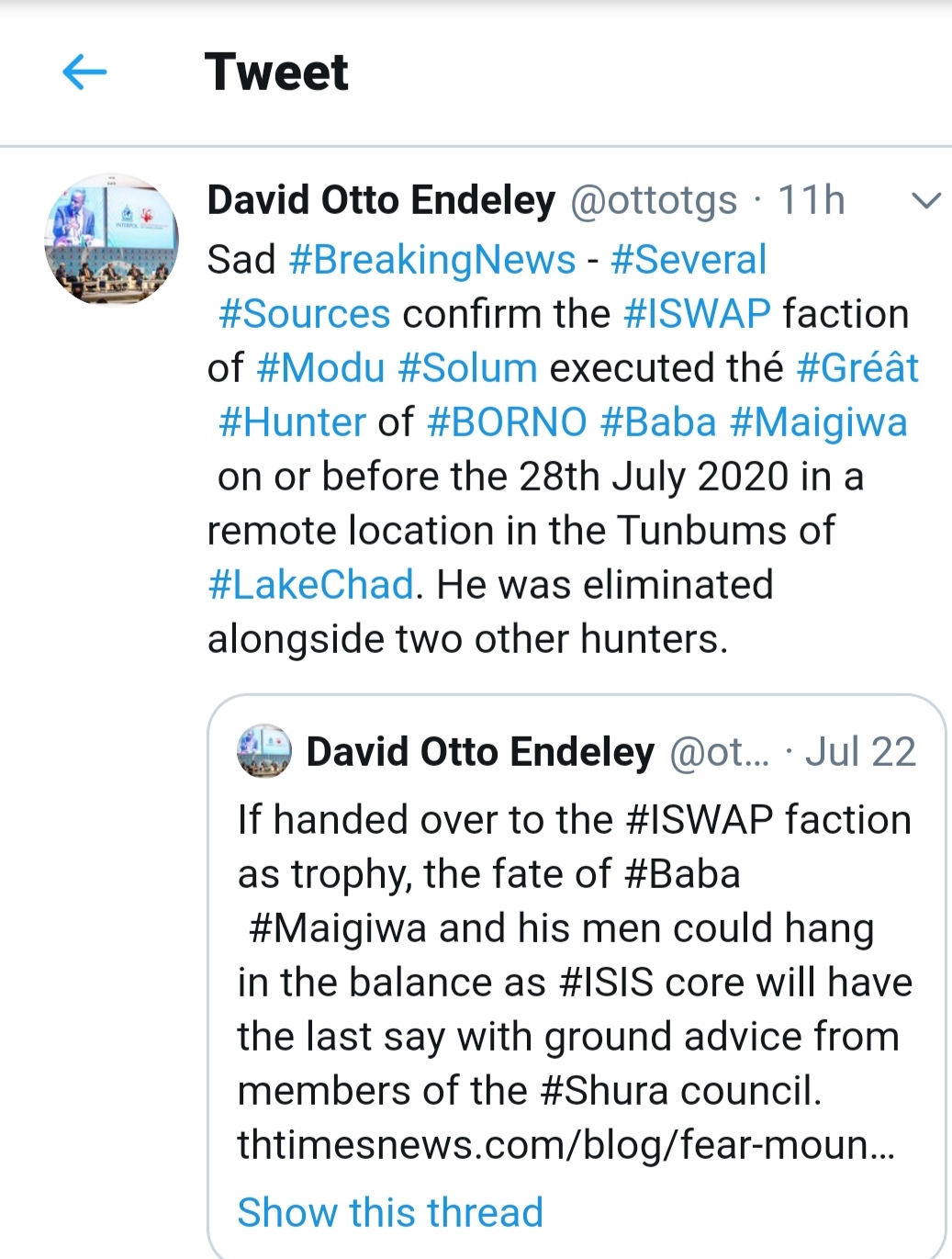 Otto said the peace negotiator was eliminated alongside two other hunters.

“Baba Maigiwa real name Abdulkareem Umar was seized last month in a failed negotiation attempt with the Modu Solum ISWAP faction. On his arrest Baba Maigiwa was accused of championing the hunters fight against the jihadist and shown two captured Hilux belonging to his units,” he disclosed.

Also, sources said his execution by ISWAP was possibly sanctioned by the Terrorists Shura Council and was made easier by lack of real attempts to free the great Hunter known for his magical disappearing powers -a real psychological blow to the moral of thousands of hunters under his leadership.

The Borno hunters under Baba Maigiwa has been a robust and effective fighting force alongside the Civilian JTF (CJTF) in pursuit of Boko Haram factions in the Sambisa Forest and the Lake Chad Basin.

The development, Otto stressed, is a sad trajectory to his family and fellow hunters.

“This is the People’s war to win,” he added.