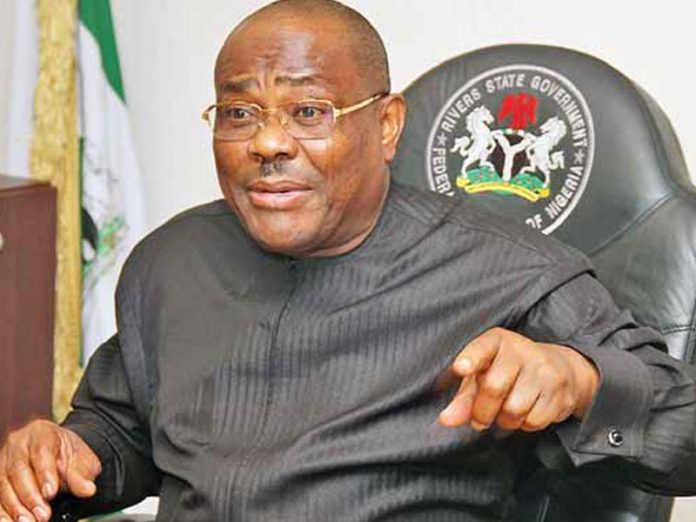 The high-end AFP Port Harcourt Showroom has been carefully planned over the past two years and was finally commissioned in a 3-day exhibition of top class furnishing taste, elegance, functionality and style. Not surprisingly, because of the historical, progressively creative, outstanding and imposingly imperial Julius Berger brand from which the AFP strongly derives its impeccable engineering standard and iconic value delivery, the crème-de-la-crème of the social and business elites as well as discerning investors and industry patrons endlessly streamed into the new Showroom to savour the truly innovative and exciting array of home and office design offerings on display.

Rivers State Governor, Nyesom Ezenwo Wike,was on hand to personally cut the ribbon to formally declare the AFP Port Harcourt Showroom open to clients. Wike said his administration, has created a conducive investment climate in the State, and will continue to partner investors such the AFP who are taking advantage of the available opportunities. The governor said he had earlier approached the management of AFP in Abuja and encouraged them to come over to Port Harcourt to serve the South-South and South East geopolitical zones. AFP, the Governor said, has honoured their promise to eventually open a showroom in the Rivers State capital. “Let me appreciate you for keeping to your promise. It shows you as having interest in moving the economy of the State forward….I am sure that even though I have spoken to you, you must have also done your (market) survey. We know that, concerning furniture and furnishing, AFP is the best place to go, as far as Nigeria is concerned., said the Governor.

Wike encouraged the AFP to diligently do their business, assuring the AFP management that  the he is convinced that they will be successful in Rivers State. Looking admiringly at the beautiful and elegantly laid out furniture on display at the showroom, Governor Wike said: “With the kind of work you have done here, and with the market, there was a need for you to bring aShowroom to Port Harcourt which will serve South-South and South-East Zone”.Speaking further, and to further incentivize the AFP employment-generating presence and work in Rivers State, Governor Wike said the State Government will award the furnishing of the State House  of Assembly Quarters that is currently under construction to AFP.
“We know that you will employ our people and that will reduce the level of unemployment in our State. The people will make money and feed their families”, said Wike

In his remarks at the ceremony, the South south/South east Regional Manager of Julius Berger Nigeria Plc, Engr. Juergen Fischer, said the Abuja Furniture Production (AFP) has come to Rivers State to stay as a business entity. Fischer thanked the Governor for having created conducive investment climate in the State. Fischer also said the Julius Berger-AF Pis encouraged by the milestone of development witnessed in Rivers State.

The General Manager of the AFP, Oliver Cohneh, in his welcoming remarks thanked the Governor for very graciously finding the time out of his clearly busy schedule to be present in person to open the AFP Port Harcourt Showroom.

The Speaker of the Rivers State House of Assembly, Chief Sergent Awuse and a host of other very important personalities as well as corporate and business executives and dignitaries and the Governor’s son accompanied him to the ceremony.