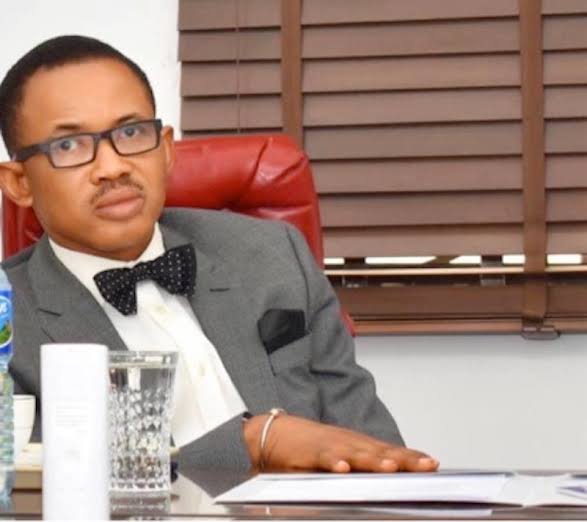 The ruling All Progressives Congress, APC has been advised to reverse the illegality of the reign of the former National Secretary of the party and Yobe State Executive Governor, Mai Mala Buni as its Interim Chairman.

The party risks losing all the legal battles that would follow in challenge and voiding of all his activities as the Interim National Chairman, especially the nomination processes that would produce the Presidential and Governorship candidates for the party across the country during the 2023 general elections.

These were contained in a statement widely circulated in Abuja by constitutional lawyer, Dr Kayode Ajulo in a swift riposte to the supreme Court judgment that nullified the petition of the PDP Governorship candidate, Eyityo Jegede and validated the election of Rotimi Akeredolu as the Governor of Ondo State in the same election.

In the document titled, “WHY MAI MALA BUNI SHOULD STEP-DOWN NOW – AJULO”, he reasoned that “the Nigerian constitution does not permit the same person to hold two executive positions.”

He, therefore, called for the immediate resignation of Buni as the Acting National Chairman of the ruling party.

“As the Interim Chairman of the party, part of the duties he is expected to undertake is the coordination of the conventions and primaries that would produce the Presidential candidate for the party as well as the governorship candidates for the States where elections would hold during the 2023 general elections.

“Therefore if Buni should continue to operate as the Interim National Chairman of the party, the party risks losing all the legal battles that would challenge the nomination process of the Presidential, Governorship and other candidates that would pass under his hands.

“My humble but cosmic review of the judgment comes with an indication that the Governor of Yobe State, Mai Mala Buni has to vacate his seat, as the Chairman of APC with immediate effect.

“The provision of Section 183 of the 1999 Constitution of the Federal Republic of Nigeria (as amended) is clear and unambiguous to the effect that ‘The Governor shall not, during the period when he holds office, hold any other executive office or paid employment in any capacity whatsoever.,”

Ajulo then said, “It is therefore incontrovertible that the continuous stay of the Governor as Chief Executive Officer of the All Progressives Congress runs contrary to provision of the Constitution and as such may be an albatross on the party, as all he had done before would be null and void, including nomination of candidates within the period of his so called Leadership of the party.

“In lending my two cents, it is apposite to assuage and hint the leadership of the party by reminding same of the decision of Lord Denning of over 5 decades in the case MACFOY v. UAC LIMITED (1961) 3 ALL E.R where the Learned Jurist held that: “If an act is void, then it is in law a nullity. It is not only bad but incurably bad. There is no need for an order of court to set it aside.”

“Whichever way this issue is being tilted, permitting a Governor of a State to hold other executive office may create cravings in some Governors to become the State Chairmen of their political parties as being recently tinkered by some of them.

“In order to nip this looming inglorious kismet in the bud, I thereby admonish that the acting Chairman of the All Progressives Congress should immediately step down as a stitch in time saves nine!

On the ruling of the Supreme Court to validate the election of Akeredolu as the owner of the valid votes to continue to work as the Executive Governor of Ondo State, Ajulo stated that the decision was not news to him

According to him, “It’s no news that the Supreme Court by a split of 4-3 dismissed the Petition filed by the People’s Democratic Party’s Aspirant for the 2020 Ondo State Governorship Election, Eyitayo Jegede SAN against the incumbent Governor of Ondo State and the All Progressives Congress.

“Without prejudice to the ratio decidendi of the majority decision of the Court, it is imperative to state pressistimo and very clearly too that with the unanimous position of the Apex Court that it appears the actions of the All Progressive Congress in permitting a sitting Governor as the Interim Chairman of the Party is in violation of the Constitution of the Federal Republic of Nigeria; it is my sincere view that the Interim Chairman of the All Progressives Congress should should immediately step down