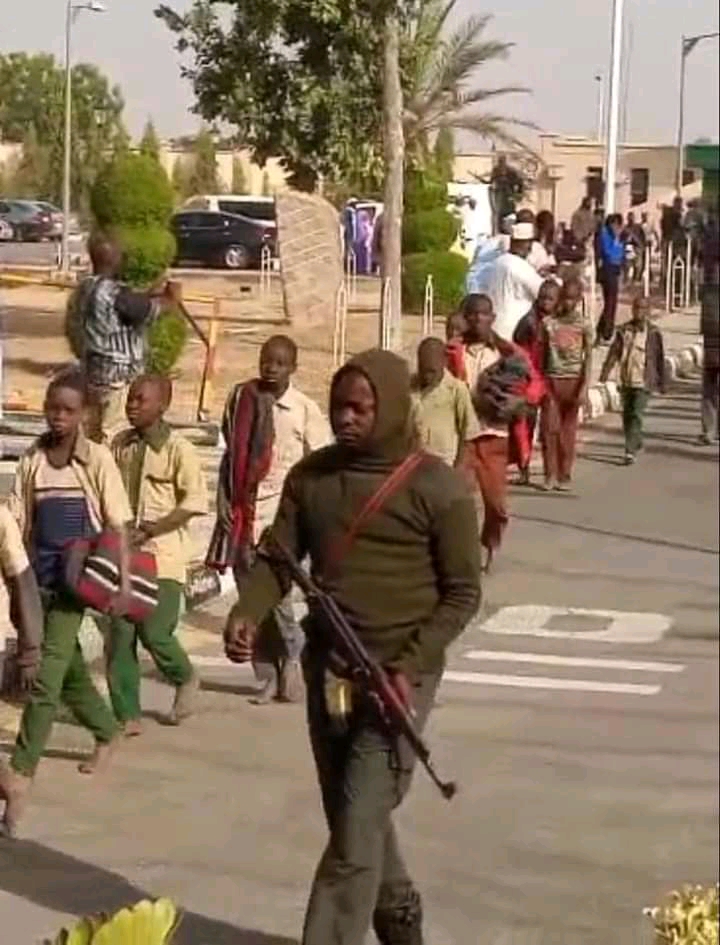 The defence headquarters on Friday countered the narrative of Katsina Governor, Bello Masari who praised Miyetti Allah Cattle Breeders Association for playing a major role in the release of the schoolboys.

Masari had on Wednesday, said that the gunmen who attacked Government Science Secondary School in Kankara Local Government Area of the state and kidnapped schoolboys have been contacted.

He added that the government was negotiating the boys’ freedom through the Miyetti Allah Cattle Breeders Association of Nigeria (MACBAN).
says the troops of Operation Hadarin Daji successfully rescued all 344 abducted students of Government Science Secondary School Kankara, Katsina state.

However, on Friday, John Enenche, spokesman of the Defence Headquarters, posited that the military rescued the captives, thanking “the members of general public who volunteered information are also appreciated”.

He said the students were rescued “on the heels of credible intelligence by the gallant troops”, with high degree of professionalism to ensure they were all rescued alive.

“Keeping to its promise to ensure the safe return of all abducted students of Government Science Secondary School Kankara, Katsina State, troops of Operation HADARIN DAJI rescued all 344 abducted students on Thursday 17 December 2020,” he said.

“The Military High Command commends troops of Operation Hadarin Daji including all security agencies for their dexterity.”

Corroborating Masari’s standpoint, Zamfara State Governor, Bello Matawalle said the 344 schoolboys who were abducted from Katsina and taken to a forest in the state were released with no ransom paid to their kidnappers.