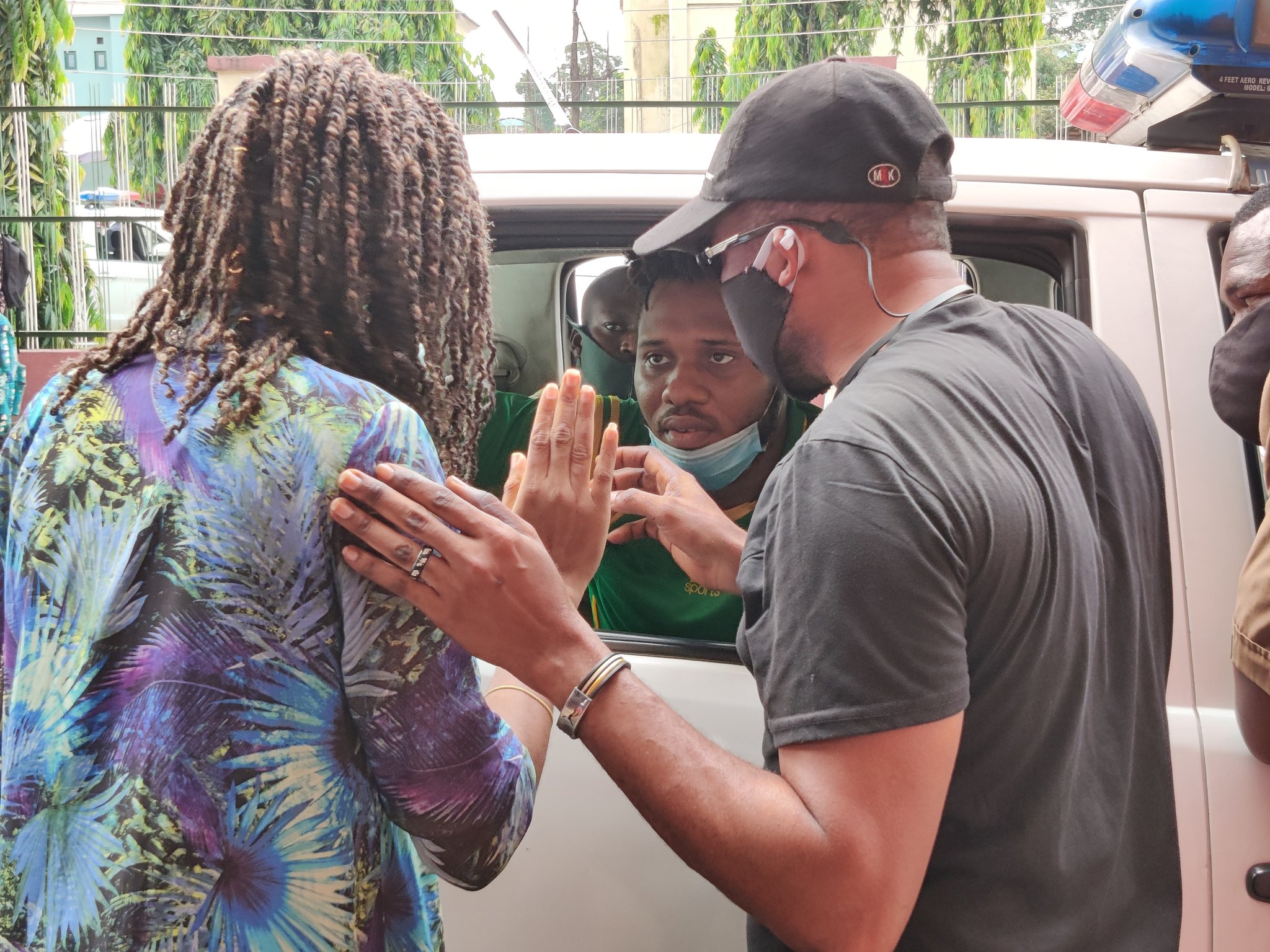 There was mild drama at the Yaba Magistrates Court as #EndSARS campaigner, Eromosele Adene was granted bail after spending 10 days in police custody.

Eromosele, popularly known as Eromz, was granted bail on Tuesday with the bail set at N1 million.

The magistrate said it was important that Eromosele’s fundamental right not be infringed upon in the interest of justice.

Drama started when some persons started chanting “#EndSARS now” in the courtroom after Eromosele was granted bail.

It was gathers over 8 police vehicles filled with police officers left the court premises after bail was granted to Eromosele.

The Yaba Magistrates Court granted bail to the #EndSARS campaign with the bail set at N1 million with two sureties required.

Police counsel argued in court that Eromosele’s fundamental right can be temporarily seized to prevent the commission of a crime.

He said organisers should be arrested if they allow peaceful protests snowball into anarchy. He hinted at the recent #EndSARS protests as an example.

The police prosecutor then requested the magistrate grant the Police a remand order to keep Eromosele in custody while he’s investigated for acts including criminal incitement under Nigeria’s Terrorism Act.

However, Eromosele’s counsel described the application filed by the Police as “a threat to his fundamental rights”, adding, “All weapons fashioned against him shall fail”.

Eromosele’s counsel argued that the Police have had enough time to investigate the case since he has spent 10 days in custody already.

He said his freedom should not depend on the ability of the Police to speedily investigate the case against him.

Eromosele’s counsel said he has the constitutional right to call for a protest, and noted that he has not been accused of calling for a riot.

“They (Police) are trying to overreach not only the defendant, but the court of law,” he said.

Eromosele’s counsel says he’s being used as a scapegoat by the Police, stressing that “The court should not allow itself to be used to cover incompetence.”

He then requested that the court grant bail to Eromosele.