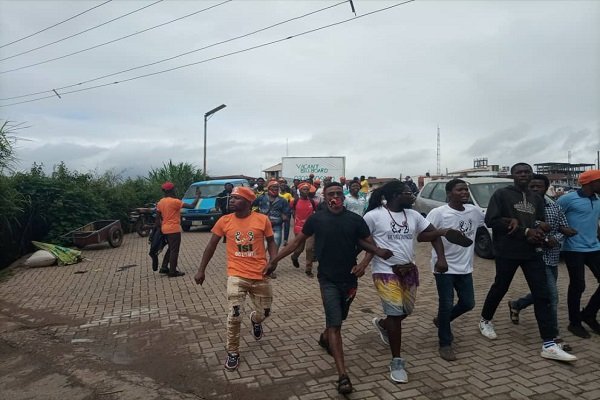 #EndSARS protest was on Monday hijacked by rampaging thugs who attacked and freed inmates from Benin Custodian Facility in Edo State.

A reliable source privy to this development said that the hoodlums had stormed the custodian facility at about 9am chanting war songs and attacking prison officials.

“At a stage, the prison officials started firing the protesters but they were over powered by the angry youths.

“As I speak to you now virtually all the government vehicles parked within the facility have been destroyed.

” I doubt whether there’s any prisoner still left in the facility here in Benin.