Despite several warnings and advise from well meaning Nigerians that soldiers should not be deployed to streets in Nigeria, until #ENSARS protesters demands are taken care of, the federal government today unleashed some soldiers in Abuja and mount them in strategic places.

Recall that Nigerian army had promised to launch ‘exercise Crocodile smile’, an operation that would assist in identifying terrorists in the country.

According to the Acting Director Army Public Relations, Sagir Musa, the exercise is deliberately intended to be all-encompassing to include cyber warfare exercises designed to identify, track, and counter negative propaganda in the social media and across the cyberspace.

“The Nigerian Army is set to start its annual Exercise CROCODILE SMILE which is traditionally conducted in the last quarter of the year. This year’s Exercise CROCODILE SMILE VI is scheduled to commence from the 20th of October to the 31st of December 2020. “The Exercise is deliberately intended to be all-encompassing to include cyber warfare exercises designed to identify, track, and counter negative propaganda in the social media and across the cyberspace. This is the first-ever Cyberwarfare exercise to be conducted in the history of the African Armed Forces.

“Accordingly, the exercise will also include positive identification component aimed at identifying Boko Haram terrorists fleeing from the North East and other parts of the country as a result of the ongoing operations in the various theatres of operations especially in the Northeast, North Central and North Western parts of Nigeria. “The Nigerian Army, once again, reassures all well-meaning Nigerians of its commitment to the sustenance of peace and security in Nigeria and urges members of the public for their support and understanding throughout the period of the exercise.”

However, the Nigerian army yesterday said that its exercise has nothing to do with #EndSARS protest.

“The attention of the Nigerian Army (NA) has been drawn to some social media stuff wrongfully condemning the Army and its Leadership over the announcement of Exercise CROCODILE SMILE VI particularly the Cyber Warfare Component of the Exercise. This year’s Exercise CROCODILE SMILE is scheduled to commence from the 20th of October to the 31st of December 2020 has no relationship with any lawful protest under any guise whatsoever.

“For the records, Exercise CROCODILE SMILE is a yearly exercise in the NA Calendar/Forecast of Events which traditionally holds from October to December of each year. “Thus, to now insinuate that it is an exercise meant to stifle the ongoing ENDSARS protest is to say the least highly misinformed. Exercise CROCODILE SMILE VI has nothing to do with the ongoing protest and the NA has never been involved in the ongoing protest in any form whatsoever. So far, the army has acted professionally since the civil protest started over two weeks ago.”

It would be pertinent to note that Nigerians have continuously been on the streets demanding a change in the political and otherwise system of the country.

The views expressed in this article are the writer’s, they do not reflect the views of Opera News.Read more>>

If I have met you before, let me die – Mike Ezuruonye swears as he confronts old woman accusing him of scam with proof (Video)

JUST IN: Current Road Blocks In Lagos Due To #EndSARS Protests 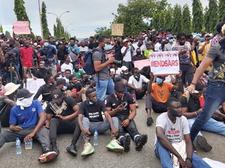 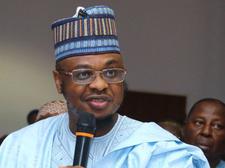 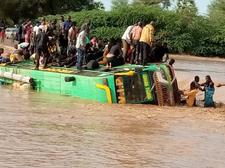 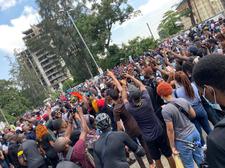