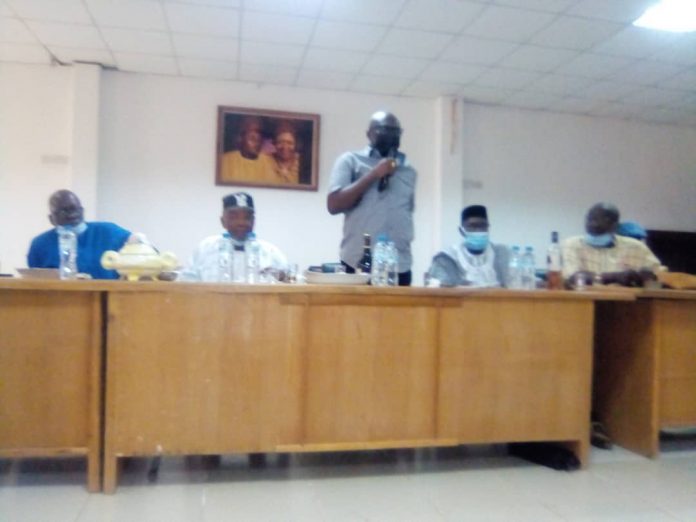 Edo North Leaders Forum (ENLF) has passed a vote of confidence in the administration of Governor Godwin Obaseki.

The decision to pass the confidence vote was taken at the Forum’s maiden expanded meeting held at the country home of Chief Mike Ogiadomhe, the chairman of the forum.

The forum, which sprouted from Edo North PDP Elders Council  to Edo North  Leaders Forum (ENLF) had over 100 members across the six local government areas that make up the senatorial district in attendance at the meeting.

In his opening remarks, Chairman of the Forum and one-time Edo State Deputy Governor as well as ex-Chief of Staff to former President Goodluck Jonathan, Chief Ogiadomhe  said the forum was not in rivalry with any individual or party organs.

He said that the Forum would play advisory roles to the state government.

According to him: “The forum, in no distance time, will be replicated in the various wards and local government areas in Edo North senatorial district.”

The maiden meeting similarly received a  report  from Senator Yisa Braimoh, Chairman of the  Forum’s sub-committee on Harmonisation  of party structures.

Some other major resolutions passed at the landmark meeting included  the immediate stoppage to any further APC/PDP dichotomy in the polity of Edo North PDP.

The meeting resolved to lay emphasis on the leadership structure and constitutionality of the PDP and the need to always respect constituted authorities.

The Forum  also  heartily congratulated both Dr Tony Aiziegbemi and Barr. Anslem Ojezua for successfully hosting a strategic landmark meeting of both leaderships.

The meeting, it noted, had now signalled genuine integration and unification of the hierarchies of both parties.