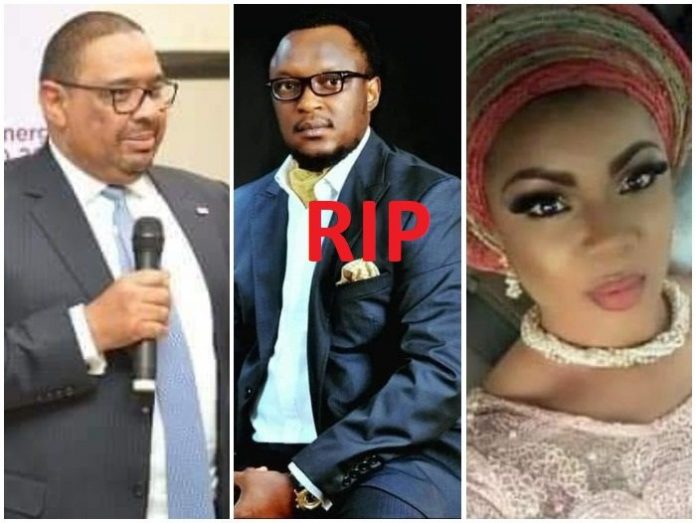 The wife of the late Tunde Thomas, Moyo, has laid to rest paternity concerns over her children, saying the deceased was their children.

There has been a controversy over why Moyo, a a former employee of First City Monument Bank (FCMB) left her husband and relocated to the United States in 2017.

There are media reports alleging that she was engaged in a romantic relationship with the managing director of the bank, Nuhu Adams.

This is the first time Moyo spoke since the scandal went viral which made Adams embark on leave pending investigation into the case opened by the bank management.

Mrs Moyo Thomas said, “On no occasion did I ever tell him he was not the father of our two children.

“It is, therefore, deliberate falsehood and certainly malicious to allege and insinuate that I informed him that the children are not his.

“The children still bear his name. Only God knows why he died in an untimely period.

“It is not in my place, or anyone’s place to play God and talk with certainty as to the cause of his death, without proven medical facts,” she said in a statement on Friday.

She said she refrained from commenting on the issue to preserve the memories of Tunde who died on December 16, 2020.

“Memories, not only to me, but to his children, who are still young, and to everybody who had a relationship with him,” she said.

Mrs Moyo said they had many differences in their marriage, some of which led to police intervention but she remained committed to keeping only positive memories of him.

She said despite their separation, they never allowed their differences to affect their relationships with the children.

“He still had conversations with the children like any father will, up until his sudden and unfortunate death.

“It is quite sad and disheartening to see the pictures of these innocent children splashed all over the internet with very disparaging and weird comments,” she said.

She implored everyone to respect her privacy and “allow those grieving his loss, including the children and I, to do so in peace.”