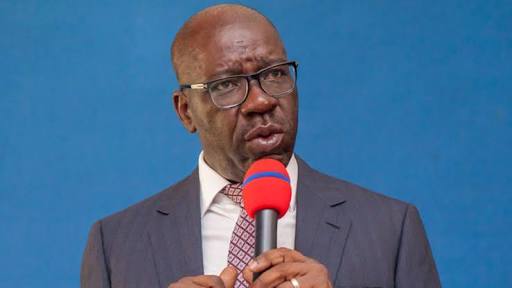 A Non-Governmental Organisation (NGO), Concerned Citizens of Edo State, has commended the State Governor, Mr. Godwin Obaseki on the launch of the state’s vigilante network, a community-led initiative to galvanise local communities to partner with government security agencies in providing security and protecting lives and property in the state.

The vigilante network is part of efforts by the Edo State Government to encourage key actors in local communities to establish community-driven local outfits to secure their spaces, gather intelligence, build trust and ensure adequate security.

In a statement signed by its convener, Mr. Ogbeiwi Aghedo, the group commended the Obaseki-led administration for the innovative approach in dealing with the spate of insecurity in the state.

He said the Governor Godwin Obaseki-led administration in Edo State has sustained its focus on people-oriented policies to make the state safe for residents and investors.

According to him, “The launch of the creative security initiative is worth commending. This further proves that the state government is not relenting in developing practicable solutions to deal with challenges confronting the state. We are strongly confident that this new peopled-led security initiative will make Edo State one of the best policed and most secure in Nigeria.

“We expect that the involvement of locals and other key members of local communities in gathering intelligence, building trust and providing security will contribute to solving the security challenges in the state. This will re-emphasise the fact that security is indeed everybody’s business,” he said.