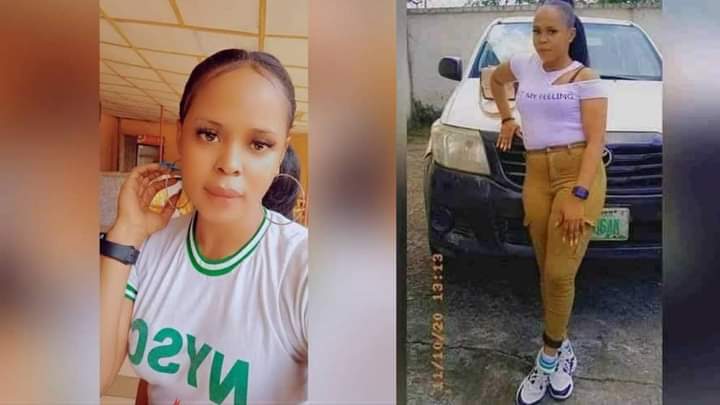 Princess Paschaline Odume, the serving National Youth Service Corps (NYSC) member, who stabbed a young man to death in Akwa Ibom State, has said she did it in self-defence.

The police spokesperson in the State, Odiko Ogbeche-Macdon, who made the confessional statement of Odume known Tuesday, revealed the name of the young man stabbed to death as Japhet Akwaowo.

Odume told the police in her statement tgat Akwaowo threatened to kill her upon her refusal to oblige his request to remove her clothes so that he could have sex with her.

“She actually killed the young man identified as Akwaowo Japhet. She said she went to buy bean cake, akara, and saw a man that beckoned to her to come over to him.

“She said she went to meet him, they got talking and she found herself in his house. She said she waited for him outside and he went inside to bring a knife. He said he was going to stab her and no one would know what happened.

“She also said Japhet asked her to remove her clothes and she refused. What basically happened was that she overpowered him,” the police spokesperson narrated Odume to have said.

According to eyewitnesses, the corps member who is a graduate of University of Nsukka, macheted her boyfriend to death on Sunday and was caught while trying to run away.

A Facebook user who shared the story on social media wrote:

“She was found this morning around 9.30am trying to jump the fence of a young guy she went for hook-up with.

“Blood stains were all over her so she was caught and beaten to stupor and also stripped naked. (I won’t be able to post the video on my timeline cos it’s so disgusting).

“She macheted a young guy to death this morning whom she went out with. She killed the young guy instantly after several cuts on his stomach and face, on trying to jump out from the fence she was caught.

“Some bike men there said that she is used to sending them ikong Ekpo always ever since she was deployed to Akwa Ibom for her NYSC”.