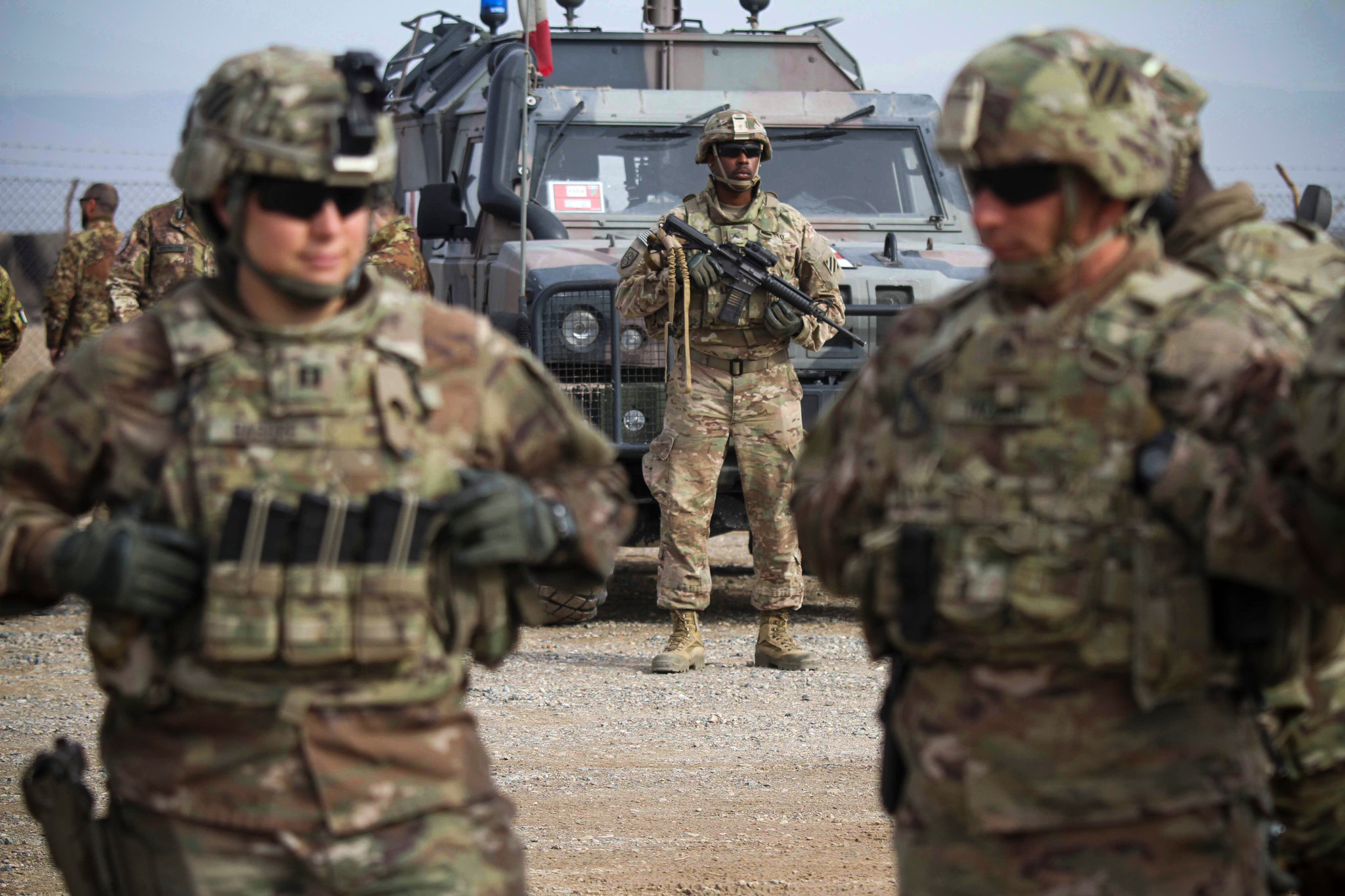 The United States Government working with the governments of Niger Republic and the Nigerian government rescued an American citizen abducted last week in Niger but held hostage in Nigeria, according to a U.S. television channel, ABC News.

President Donald Trump, who tweeted the development as a show of support, however, called the operation a “big win” for the elite force.
Trump further announced in a tweet; “last night our country’s brave warriors rescued an American hostage in Nigeria. Our nation salutes the courageous soldiers behind the daring nighttime rescue operation and celebrates the safe return of yet another American Citizen.”

White House Press Secretary, Kayleigh McEnany, was quoted as saying the decision to pull the trigger on the operation was tough, “but ultimately the president prioritises the safety of American citizens.

“They’re very tough ones to make, because you’re right it has to be conducted just perfectly. But the President always puts the American interest first. It takes a lot of planning.

“A lot of keeping things quiet until that moment, when you get the go ahead and I was talking to some of our soldiers and they said to me, we pray to get the green light, “McEnany said.

It is however not clear what form of support Nigeria rendered towards the rescue operation, as no official statement had been issued as at the time of going to press. Efforts to get presidency’s comments did not yield any result.

The mission was undertaken by elite commandos as part of a major effort to free the U.S. citizen, Philip Walton, 27, before his abductors could get far after taking him captive in Niger on Oct. 26, counterterrorism officials told ABC News.

The operation involved the governments of the U.S., Niger and Nigeria working together to rescue Walton quickly, sources said. The CIA provided intelligence leading to Walton’s whereabouts and Marine Special Operations elements in Africa helped locate him, a former U.S. official said.

Then the elite SEAL Team Six carried out a “precision” hostage rescue mission and killed all but one of the seven captors, according to officials with direct knowledge about the operation.

“They were all dead before they knew what happened,” another counterterrorism source with knowledge told ABC News.
President Donald Trump called the rescue mission a “big win for our very elite U.S. Special Forces” in a tweet and the Pentagon lauded the rescue mission in a statement.

“U.S. forces conducted a hostage rescue operation during the early hours of 31 October in Northern Nigeria to recover an American citizen held hostage by a group of armed men,” said Pentagon chief spokesperson Jonathan Hoffman. “This American citizen is safe and is now in the care of the U.S. Department of State. No U.S military personnel were injured during the operation.

“We appreciate the support of our international partners in conducting this operation.”
And Secretary of State Mike Pompeo said: “Thanks to the extraordinary courage and capabilities of our military, the support of our intelligence professionals, and our diplomatic efforts, the hostage will be reunited with his family. We will never abandon any American taken hostage.”

ABC News consultant Mick Mulroy, a former deputy assistant secretary of defense and retired CIA officer, said preparations for Walton’s rescue likely started when he was abducted.
“These types of operations are some of the most difficult to execute,” he said. “Any mistake could easily lead to the death of the hostage. The men and women of JSOC [Joint Special Operations Command], and the CIA should be proud of what they did here. And all Americans should be proud of them. “

Eric Oehlerich, an ABC News consultant and retired Navy SEAL, said Walton was “lucky” that such a mission was possible such as short time after he was abducted, when others have been held for years.
“Men in these top-tier special forces units train their entire adult lives to be ready when called upon, hostage rescue operations are inherently dangerous,” he said. “Those men put someone else’s life above their own, they do so selflessly….it’s an illustration of utter commitment.”

A former U.S. counterterrorism official emphasized generally how long the odds are for rescue in the “highly dangerous” missions — less than 30%. But the official said that it’s crucial to act as quickly as possible so that hostages don’t wind up in the hands of al Qaeda or ISIS.
“The longer a hostage is held the harder it is to find an exact location to be able and conduct a rescue operation,” the official said.

U.S. and Nigerien officials had said that Walton was kidnapped from his backyard last Monday after assailants asked him for money. But he only offered $40 USD and was then taken away by force, according to sources in Niger.
Walton lives with his wife and young daughter on a farm near Massalata, a small village close to the border with Nigeria.
Niger lies in the heart of the vast Sahel region, which is struggling with a jihadist insurgency that has claimed thousands of lives and driven hundreds of thousands from their homes.

According to reports, six gunmen riding motorcycles and armed with AK-47 assault rifles kidnapped Walton from his home on the edge of a rural village in neighbouring southern Niger early on Tuesday.
Niger, like much of West Africa’s Sahel region, faces a deepening security crisis as groups with links to al Qaeda and Islamic State carry out attacks on the army and civilians, despite help from French and U.S. forces.

Nigerien and American officials told ABC News that they believed the captors were from an armed group from Nigeria and that it was not considered terror-related. But hostages are often sold to terrorist groups.
Concern grew quickly after the kidnapping that an opportunity to rescue Walton could become much more dangerous if he was taken by or sold to a group of Islamist militants aligned with either al Qaeda or ISIS and American special operations commanders felt they needed to act swiftly before that could occur, said one counterterrorism official briefed on the hostage recovery operations.

A U.S. State Department spokesperson confirmed after the kidnapping that an American citizen had been abducted in Niger and said the U.S. government was “providing their family all possible consular assistance.” The spokesperson declined to comment on the case, citing “privacy considerations,” but added, “When a U.S. citizen is missing, we work closely with local authorities as they carry out their search efforts, and we share information with families however we can.”

Another American, Christian humanitarian aid worker Jeffery Rey Woodke, 60, has been held hostage for the past four years since being kidnapped in northern Niger by armed militants.

Niger, home to 22 million people and three times the size of California, is one of many Sahel nations plagued by terrorism and instability, but its military has been a close U.S. partner in the fight against regional jihadist groups, including affiliates of both al Qaeda and ISIS.