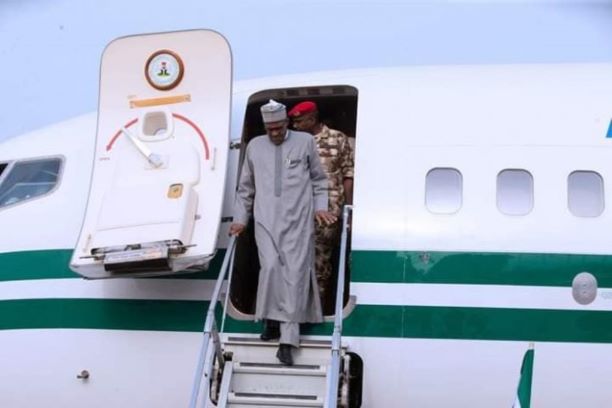 In a dramatic reaction, the Senate on Thursday told Presidency officials to rein in President Muhammadu Buhari from further embarking medical trips abroad.

The Senate Committee on Federal Character and Intergovernmental Affairs, while sending officials of the State House who appeared before it for defence of 2021 budget, stated that the Presidency should focus on the upgrade of the State House Clinic to make it functional before the end of the year.

State House Permanent Secretary, Tijani Umar, who led other officials to appear before the Committee, is expected to deliver the message to the Chief of Staff to the President, Professor Ibrahim Gambari for further necessary action.

The State House official had presented a budget of N19.7 billion for 2021, out of which N1.3 billion was proposed for the State House Clinic.

Chairman of the Senate Commitee, Senator Danjuma La’ah, said the committee would approve the budget for the State House Clinic but insisted that the President and other top officials of his government should no longer travel abroad for medical treatment.

The Permanent Secretary, in a chat with journalists after rhe budget defence session, said that  necessary arrangements would be emplaced to meet to medical needs of the President and other top officials once the budget was approved