Stoltenberg spoke after a NATO meeting on Iran and Iraq in which the United States briefed its allies about last Friday’s drone attack. 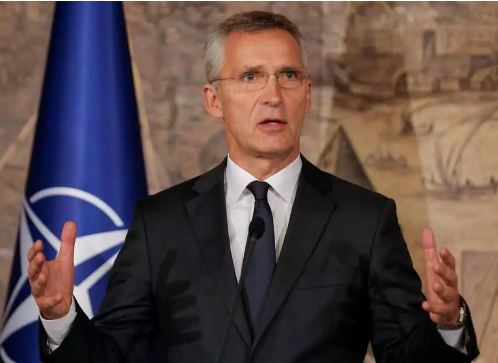 All members of the Atlantic alliance, otherwise known as the North Atlantic Treaty Organization, NATO, have vowed to stand behind the United States in the Middle East after America briefed NATO on its drone attack that killed Iranian military commander, Qassem Soleimani.

This decision was made public on Monday by NATO Secretary-General, Jens Stoltenberg, according to Al Jazeera.

Stoltenberg spoke after a NATO meeting on Iran and Iraq in which the United States briefed its allies about last Friday’s drone attack.

He warned Iran to refrain from further violence and provocations and also called for a de-escalation of tensions.

“We are united in condemning Iran’s support of a variety of different terrorist groups,” Stoltenberg said.

“At the meeting today, allies called for restraint and de-escalation. A new conflict would be in no one’s interest. So, Iran must refrain from further violence and provocations.”

They said that no envoy challenged US State Department and Department of Defense officials, who briefed via video conference, over the merits of Friday’s drone raid.

There was also no discussion or criticism of Trump’s list of targets, that include cultural sites if Iran were to retaliate with attacks on Americans or US assets, the diplomats said.

The meeting, which took place on a day of a huge outpouring of national grief for Soleimani in Iran, centred mainly on NATO’s decision to suspend its training mission in Iraq, after an Iraqi parliamentary resolution called on foreign troops to leave.

While there was concern that the killing of Iran’s second-most powerful man could trigger a war in the Middle East, France, Germany and others said they wanted the Iraq mission to continue.

“It would send the wrong signal if we withdraw,” one NATO diplomat said.

Following Soleimani’s death, NATO had suspended training missions in Iraq. NATO’s spokesman had said the decision was reached following the US killing of Soleimani.