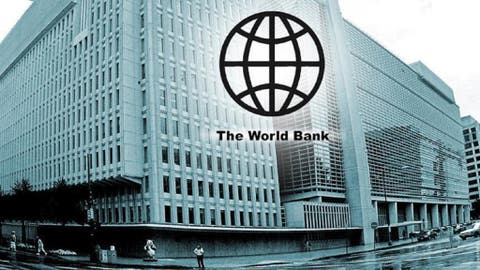 We are not afraid of MoUs, Governor insists

On the back of successes recorded by the Governor Godwin Obaseki-led administration in the education sector, the World Bank has approved a $75 million facility to support the governor’s vision of holistically revamping the state’s education sector.

Obaseki who is the candidate of the Peoples Democratic Party (PDP) in the September 19 gubernatorial election, said this on Thursday during his reelection campaign rally in Usen, Ovia South-West Local Government Area of the state.

The governor assured that the money which was approved by the World Bank Board on Wednesday will be utilised to change the face of education in Edo and Nigeria for the next three years.

Obaseki commended members of his cabinet for the successes recorded in the sector, stating that the intervention fund would help to expand the existing Edo Basic Education Sector Transformation (EdoBEST) programme from the basic education level to secondary level and reset state the state’s tertiary education system on the path of progress.

The governor said that he is not afraid of signing Memorandums of Understanding (MoUs) whenever the need arises considering the gains that have been recorded so far.

“Education is very important and we have started working to reposition and re-enact the sector in Edo State, particularly beginning with basic education.

“What that means is that over the next three years, we will have about N40 billion to utilise in changing the face of education in Edo and Nigeria. This is because of the fantastic work which members of our team have undertaken in the past few years to show the world what we can do with our educational system,” Obaseki said.

Obaseki continued: “It will interest you to know that this facility will help us at the secondary school level to do what we have started doing at the basic education level so that by the time a child has gone through five years of learning, that child will be exposed not only to learning and literacy but also to a vocation.”

“This is the last time in our history that our education system will produce ‘Agberos’,” he vowed.

He further declared his support for the Presidential probe panel on the Niger Delta Development Commission (NDDC), vowing to mobilise the support of other governors in the Niger Delta region to demand the refund of the epic financial malfeasance in the Board and return of the abandoned NDDC projects to the states.

According to him, “We are working with the Presidency to clean up the NDDC so that we will ask them to hand over to us, all the projects which they claimed they had undertaken in Edo State, in order to stop the massive corruption the Commission is now witnessing, which the governments of the oil-producing states are now complaining about.

“We are going to push NDDC very hard and ensure that they handover the projects to the states within the shortest time possible,” he said.